See the full map of the whole CEEB area

On April 30 to May 2, the Spring Central and Eastern Europe and Balkans Blending Conference with the subject The Genuine Church Life, took place. There were four messages translated into 10 Central, Eastern and Blakan European languages. Besides the ministry meetings the saints enjoyed the blending during two afternoon small group meetings for overflow and also through attending a special fellowship conducted in a questions and responses format at the “dining table” with subjects reflecting the present situation in the churches and society in general. Approximately 900 saints from 60 countries and more than 200 localities around the globe joined the blending conference to receive a very relevant and suitable word from the Lord.

Praise the Lord for this opportunity to blend and enjoy the rich speaking of the Lord together with so many saints from all different parts of the Earth! 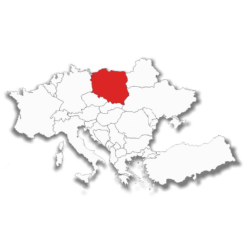 Praise the Lord for His move in Poland! 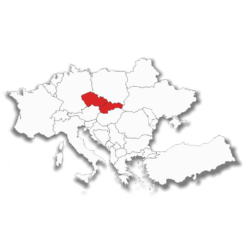 Due to strict measures taken to curb the pandemic both in Slovakia and the Czech Republic, the church meetings  have continued mainly through Zoom. The saints in these two countries have used these opportunities to blend together. They recently attended the video training together and on the following 12 consecutive Lord’s days they blended during the Lord’s Table and the prophesying meeting on the subject of the training. Now, after the Spring CEEB conference the saints are continuing to  blend in the meetings on Lord’s days with the new morning revival on The Genuine Church Life.

The outreach in  both countries has continued mainly through Facebook and the local LSM and Rhema websites. Every week there are a number of physical free books mailed to the seekers who found the Rhema advertisement online. While the restrictions mitigate, the saints in Bratislava, Slovakia continue to contact and shepherd the new ones personally and  on a corporate basis through the weekly study of the whole New Testament with a group of seeking Christians from various backgrounds. With the view of the outreach, the saints are carrying out  the printing of Gospel tracts and are preparing new tracts reflecting the present situation and the need.

The regular monthly blending of the saints from Slovakia and Czechia with the saints from Vienna, Austria continues via Zoom. The saints enjoy the online Lord’s Table and the prophesying together.

Praise the Lord for His ceaseless care and continual move. 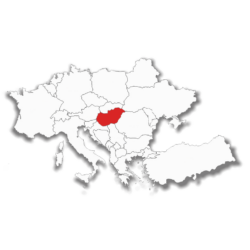 The saints in Budapest, Hungary have been endeavoring to enter into the practice of the vital groups (the ministry book by this title was also recently published in Hungarian). There have been regular prayer times in two’s and three’s for fruit-bearing and the Lord is bringing new ones into contact with the saints for shepherding. Most of the contacts are dear believers who are unsatisfied in Christianity. The saints have also been greatly encouraged by the Spring CEEB Conference, entitled The Genuine Church Life. May the Lord have His way to raise up the genuine church life in Budapest and add many more to it.

In May 2021, the church in Budapest had their first video training (The Crystallization-study of Job, Proverbs, and Ecclesiastes). The seven saints participating in the training were filled with the enjoyment of the Lord and their enjoyment overflowed to the other saints. Three messages of the training were open meetings which the whole church watched together on three consecutive Lord’s days. 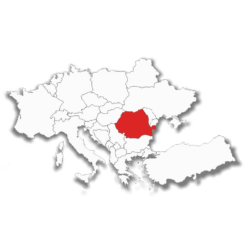 Since the last update in Autumn 2020, the saints in Romania have continued blending virtually with one another and participating in online conferences and trainings. They enjoyed blending regionally with the saints during the CEEB conference in Autumn 2020 and Spring 2021 and enjoyed blending with all of Europe during the online conferences in October and April. The saints also joined the November Online One Week Training held by Amana Trust with others from Europe. In late January and early February, the saints also held the second semi-annual online December video training of the Crystallization-study of Job, Proverbs, and Ecclesiastes.

Also, two sisters from Romania are currently supported by the churches to attend the two-year Full-time Training in London.

Starting soon, through Curentul Vietii,  there will be an free online distribution by request of the English New Testament Recovery Version.

We pray that the Lord would spread His Word and Ministry into many places in Romania. And The New Testament will be read by many Romanians who also speak the English Language. 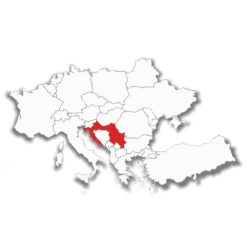 During the pandemics the saints in Croatia and Serbia have been meeting regularly physically and via Zoom, or Google Meet. Due to the restrictions, the churches in Zagreb, Novi Sad, Hvar, Split, and Pula have been meeting in smaller groups up to five people. Sometimes even up to ten if the circumstances allowed.  The elderly and ill would join via Zoom.

The saints continued steadfastly in prayer, in the reading of the Ministry, and shepherding the few new ones who came recently into these various localities. There is a need for more blending with the rest of the saints in Central and Eastern Europe, so we would ask the Body to pray for this.

There is a new development in the city of Pula, a former Roman city with an amphitheater which began to be built in AD 2 under Augustus Octavian and was finished under Titus in AD 81, the same Titus who destroyed Jerusalem in AD 70.

In the city of Pula. There are seven saints and six children meeting regularly in this city, with a view to have the Lord’s table in the coming year or two.

There are three lampstands in the Serbo-Croatian speaking world in three cities: Zagreb and Split in Croatia, and Novi Sad in Serbia.

Soon the saints in this region are planning to have a series of weekend Zoom webinars for readers of the free books provided by Rhema. They will contact the recipients of the seven books in all the former countries of the former Yugoslavia (Slovenia, Croatia, Serbia, Montenegro, Bosnia and Herzegovina, Kosovo and Macedonia) with a view to gain more people for the Lord’s economy and more lampstands in the area.  This covers a large area from Austria and Italy in the northwest down to Bulgaria and Greece in the southeast.

The fellowship among the brothers and sisters who will support the webinars is very sweet and life-imparting.

May the Lord gain the Balkan peninsula for His final move to end the age and usher in His kingdom. 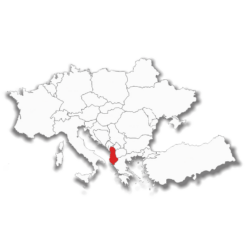 Our most encouraging report is that the Rhema set in Albanian is now available in both electronic format and as printed books.  We have two small groups of fours and fives meeting during the weekdays enjoying the Rhema books.  The Rhema books have really enriched our fellowship, and provided the necessary food to care for the new ones.  Through our endeavoring to get into the books we also noticed how important it is to have the proper atmosphere and the proper relationship in the church life so that the saints can be lead to the water of rest and enjoy the ministry.  Practically this means if we want the saints to enjoy the ministry we need to really love them, we need to really care for them, to consider them and pray for them.  We praise the Lord the ministry of the age is not a set of teaching or doctrines but a ministry of life that brings us into the genuine church life. 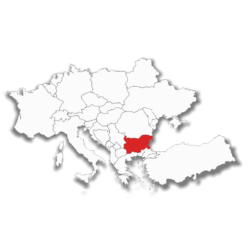 By the Lord’s all-sufficient grace, during the pandemic the saints in Bulgaria have been meeting almost on a daily basis via Zoom and in person at the newly purchased meeting hall in Sofia. The church in Sofia has also been participating in the seven annual feasts and some of the Amana Trust events.

In November 2020, the ministry books provided by Rhema became available in Bulgarian at the Rhema website, and through the Rhema advertisement on Facebook, the ministry of the age has reached hundreds of Bulgarian-speaking seeking ones. In addition to the seven Bulgarian LSM publications, which the local saints have been enjoying, there will be another 15 LSM titles that will be printed by the end of the Summer and will become available for sale through local bookstores and the Bulgarian LSM website.

In March a couple moved to Sofia and another family with two children from London will be moving here in July for the testimony of Jesus. We are looking to the Lord to build up the saints together as the local expression of His universal Body through the corporate God-man living and the God-ordained way, being carried out by the vital groups, for the accomplishment of His New Testament economy. 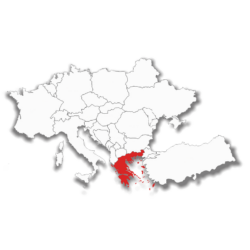 There are about 20 saints throughout Greece meeting together on the Lord’s day by Zoom. In addition, there are also four or five small group meetings during the week. These meetings have sustained and encouraged the saints throughout the limitations of the restrictions due to the pandemic, and have even allowed many saints to participate in further opportunities for blending and getting into the ministry. Notable among these were the spring conferences in London and the recent CEEB. We are thankful that these conferences were available in the Greek language and were able to join our brothers and sisters throughout the earth to hear the Lord’s up to date speaking!

The pandemic is still spreading in Turkey and the saints have been meeting through Zoom for more than a year. Although our meetings are limited, the gospel of God cannot be limited. We have one sister and one brother who have been baptized in these six months. We also had a small blending meeting in the beginning of this year with all the saints in Istanbul and from other cities in Turkey and overseas.